Choosing an airline is a task that should only be done after taking a few different factors into account. By considering the most important points you will stand a far better chance of getting a flight that you love.

The following are some of the points to bear in mind when you want to book a flight.

It is usually the case that the cost of the flight is the single most important factor to consider when you go to investigate different airlines. A low cost flight with a budget airline could help you to spend less on your trip or else leave you more spending money for doing other things once you arrive.

This means that one of the first decisions to make is over whether to go with a budget airline or else to pay more for an airline that offers a more comprehensive service. This will make a big difference to your overall budget and also to your style of travelling.

Among the best known low cost airlines in South Africa are the likes of Kulula and Mango Airlines. As for the more expensive airlines, you can choose from the likes of South African Airways and British Airways when you visit this tremendous country for the first time.

Another point you won’t want to overlook is the convenience of the flight times for the route you are interested in. For instance, it may be far better for you to take a slightly more expensive flight at a better time of day.

This will also have an effect on the overall cost of your trip, as it will determine whether you need an extra night in hotel accommodation and may limit or open up your choices of transport to the airport. There is also the issue of whether you are happy getting out of bed early for an early start or whether you prefer to get going later on in the day.

Clearly, the most popular routes will usually offer a fairly range of different flight times. The very early departure times in routes between major cities are often highly popular with business travellers looking to take advantage of a full day of work in their destination.

Are you happy going with an airline which has a less than stellar reputation, or would you prefer to put your trust in a company with glowing reviews? The truth is that we all want to use the best airline companies but it isn’t always as easy to do this as you might think.

For a start, you are unlikely to find one single opinion on any airline from all of the people who have travelled on it recently. As with any type of online review, you will see widely varying opinions that can make it difficult to reach a final decision.

The best approach is to find a site or two whose comments and reviews you feel you can trust. You can then proceed to book a flight on this basis with a lot more confidence.

Finally, if this isn’t your first time travelling in the air then you will already have some valuable information you can put to good use. For example, were you happy with the airline that you used in the past or would you rather avoid them from now on?

Perhaps you were a little bit envious of the people who were travelling on what appeared to be a better service or maybe you had a genuine complaint about the flight you travelled on. We each have our own experiences on the trips we make and this is useful information worth bearing in mind.

Of course, the quality of the service can vary from flight to flight with one airline. This means that you might not get exactly the same experience that you had in the past, although this is still a good point to get you started.

By considering the most relevant points you will stand a far better chance of booking a great flight with an airline you enjoy using. 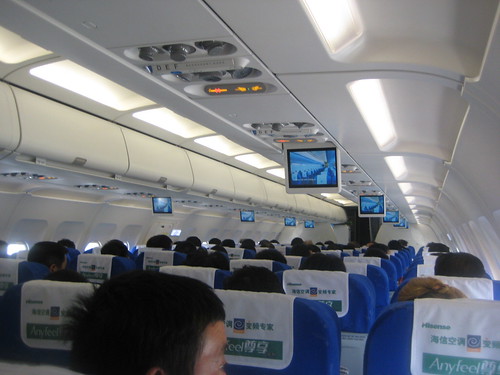 My name is Mike and I am a 20 something who enjoys travelling. I have a real passion for seeing new places and love hearing about other peoples trips!

My name is Mike and I am a 20 something who enjoys travelling. I have a real passion for seeing new places and love hearing about other peoples trips!